Mind the minor gaps in memory –
traverse across them as dust
caught in twilights gaze.
Behold regret
found in spaces between the light.
Take a walk with awareness
and embrace time,
a gift from an Indian giver.
Find freedom in the chaos of a windy mind, let go.
Soar up, and away like a kite.

A tangled web of twine tied round and round
and I wound up bound by a hunter
who had haunted me
set the trap and stalked me
through dense forests REM sleep.

There is where I set up my camp
and carried out ritual dances for the gods
of rain and fertility and sun and life
some nights I was walking endless halls
while others were about the end of The Word.

Now that I’ve been nabbed
there’s no telling which way the story will go
no one is at the post to dance and pray
no guard at the gateway to filter the flood
fair warning for all – the dreams are coming.

These Are Strange Times

THESE ARE STRANGE TIMES

I was falling in love while the rest of the world picked sides and stood
ground / grinding their teeth yielding pitchforks and torches / a set of fine china
(or Koreas) stacked too high waiting for one wrong move / shootings and
and sanctions and troops at the border / oh my / but they can’t touch me no
not even murder in Turkey could keep me from my Thanksgiving feast.

2018 was the year that truth became a man, a myth, a legend / a story
you want to believe but the cake is a lie / Zoom out
to discover it doesn’t really matter / All matter and mass and energy
expanding in the vast universe is destined to go nova.
In Spanish “nova” means “it doesn’t go” / That fits.

A cold pond in November,
a child of the ocean
no ripples, no life.
There is only the weight of water
on the slow earth.

I tried and failed to be there. Instead
my mind insisted
on this.

To Whom or What or Where

To Whom or What or Where

It’s been low tide
for a while.
The beach is parched;
seagulls searching for
salvation from starvation
have all moved on.

The sky looks vast
from this endlessness,
immeasurably clear.
I cast my questions out to sea
and marvel at the whole
lonely Milky Way
from here.

We found each other
in the back of your hatchback
on the side of some deserted county road.
A haze rolled in and cloaked the evening stars.
That night my body sank into yours
like sugar into melted butter.

We were an island in the mist,
a five year love affair,
perfection in the dark of the night.
We were two souls intertwined cliche
not meant to be.

And when the sun came out
and burned off all that god damned
dewy-eyed newness, we were lost.

Have you ever fallen in love and tried to write a love poem about that but only found the words for something in the past when your heart was broken? Do you ever recover from grief? Can you ever be made whole again? Or does every love just end up taking away more when it leaves? If you knew that life was only taking things away from you and never giving back would you do anything differently? What would you choose to do?

I’m in the car this morning navigating the ice rink that is the high school parking lot. I was dodging teenagers and their Pontiacs and late model Cadillacs and somehow maintaining my positive disposition despite my daughters insistance on fighting with me about a 5 minute discrepancy in our schedules.

I’m only half listening to her because there’s a Soundgarden song on with lyrics that are speaking directly to my soul. My mind is thinking about poetry.

At Residency, the second most asked question (besides who my favorite poets are), was “Why poetry”. Nobody has ever asked me that before. My gut response then was “because it’s always been Poetry”, but that doesn’t really explain it and so I’ve been thinking about the question ever since.

As a part of my course of study I’m reading texts and collections of poems by famous poets and also googling things of interest that are related to see what someone outside that sphere of influence has to say about things. Here and there I am gathering bits and pieces of “Why”. Due to the demand of organization required by my left brain, I’ve been keeping a list. Every time I feel I’ve discovered another reason, I write it down.

When I began to listen to the lyrics of “Halfway There”, there was something about it that vibrated within me. Not any one word, but the arrangement culminating in an interpretation that bounced around inside of me and created ripples of thought.

As I let the waves take over, everything else began to fade into the distance. My daughters voice became muted. In my peripheral vision, I could tell by her movements, she was still speaking but I couldn’t hear it. All I could hear were the vibrations from “Should a good life be so hard won / is that what our dreams have become.”

My daughter got out of the car and refused to respond to me as I said “Have a great day. I love you”. I’m used to that by now.

As I pulled out of the parking lot I hit the rewind button so I could listen from the beginning.

I wondered, as I encountered the first 4 way stop if I could say what Soundgarden had said any better. The arrangement of those words flirting with perfection in my ears. I rounded the next corner and concluded that any form of imitation or rework of the same subject would fall so far away from the original and result in complete failure.

I pulled into my driveway and allowed the song to finish and kept the car running long enough to hear what the Universe had chosen for my next song.

It was “Lurgee” by Radio Head. Oh the mystery and mastery of the omniscient. Well played.

I want to write lyrics that not only heighten my sense of being and elicit recollections of feeling, but perhaps also to shine a light on something bright enough to move others to also see it and feel it with me. This is not coming from a place of ego. It’s a genuine desire to channel my endless empathy, and thought, and feeling into something worthwhile.

In order for me to do this, I have to get out of my ‘I Thought’, and commit to gaining a deeper understanding of the universe, Earth, and all forces at work on a random Wednesday morning in a High School parking lot. Based on what I know now, I have a long way to go.

I need to study my craft and fine tune my senses with experience. And it needs to be Poetry because that’s what was placed inside of me before birth. It’s thousands of thoughts waiting to be brought to life on the page with a syntax and vocabulary and rhythm that sing when read outloud or in the mind, touching the deepest part of one’s soul.

It’s the best answer to the question I’ve come up with yet to “Why Poetry?”.
Time to go add that to the list.

Not too long ago the kids stopped believing
So this year all that they will be receiving
Are gifts from family and from each other
Nothing from Santa for this sister and brother.

The Polar Express has lost its rightful place
As the movie of choice in the Christmas Eve space.
Replaced by the lore of The Lord of the Rings
Which brings different kinds of magical things.

And then there’s this doll, a cute little elf
That has not moved an inch all month on her shelf
In years past she was active night after night
But this year the magic has vanished from sight.

Then tonight I sat down after a long day of fun
To reflect on this year which is now all but done
And what do I spy perched low in our tree
The elf sitting cross-legged a hand on one knee.

Now I’m not a grinch and I have a big heart
And I’ve done some magic, and I’ve played my part
But I know I did not move her, not one single bit
Someone else must have, I’m sure of it.

So I ask my daughter and then turn to my son
“The elf must have been moved by someone?”
They shook their heads no and we then sat in wonder
“If not you, or you, then there must be another.”

We sat in silence for several minutes and stared
“It’s the magic of Christmas” my daughter finally decleared
This made my heart swell with joy and belief once more
In the spirit of Christmas and all of its lore.

It was a contract carefully crafted,
Words eloquently drafted,
Drawn up on paper pressed from the flesh
Of the twisted dogwood tree.
An old soul would smell the sour stench
Of splinters ripe with the curse of the risen.
But not this soul.. this soul was too new.

She was freshly spawned, senses pale,
Untouched by the moon, untainted by the sun
Her purpose not yet refined.
The path of her life not yet defined
The bitter truth of language and love
Not yet revealed in her mind.
She was innocent of the wicked way of words
The perfect target.

Promises on the page danced like firefly light
Across her eager eyes
It was riddled with absolutes.
Always, everything, anything.. forever.
Nothing in the fine print but the scent of a flower.
No reason to be wary, no cause for concern.
A simple transaction
Negotiated over a clever distraction.

He shined his light on the dotted line
So she could sign using blue/grey ink
Extracted from the iris of her eyes.
And sign she did, happily
Unknowingly, unsuspecting.
Vowing to forego love’s sweet fires
For easy access to all her other hearts desires..
Forever.

A fair deal?
Perhaps in the mind of one so green
So unopened, so not yet discovered.
But ask again as years unfold
Ask again after loneliness has taken its toll.
The young soul learns about words and grows old
Experience, a relentless taskmistress
Endlessly fine tuning one’s senses to every spectrum.

But the parchment does not share her fate
Crisp as the day it was cut
Ink on the page, unaltered, unfaded
Words written once remain the same.
Their injustice hidden in plain sight
The truth in their meaning revealed only by time
Always, everything, anything.. Ask the dogwood.
There is no justice in forever. 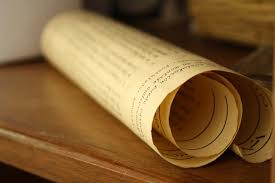